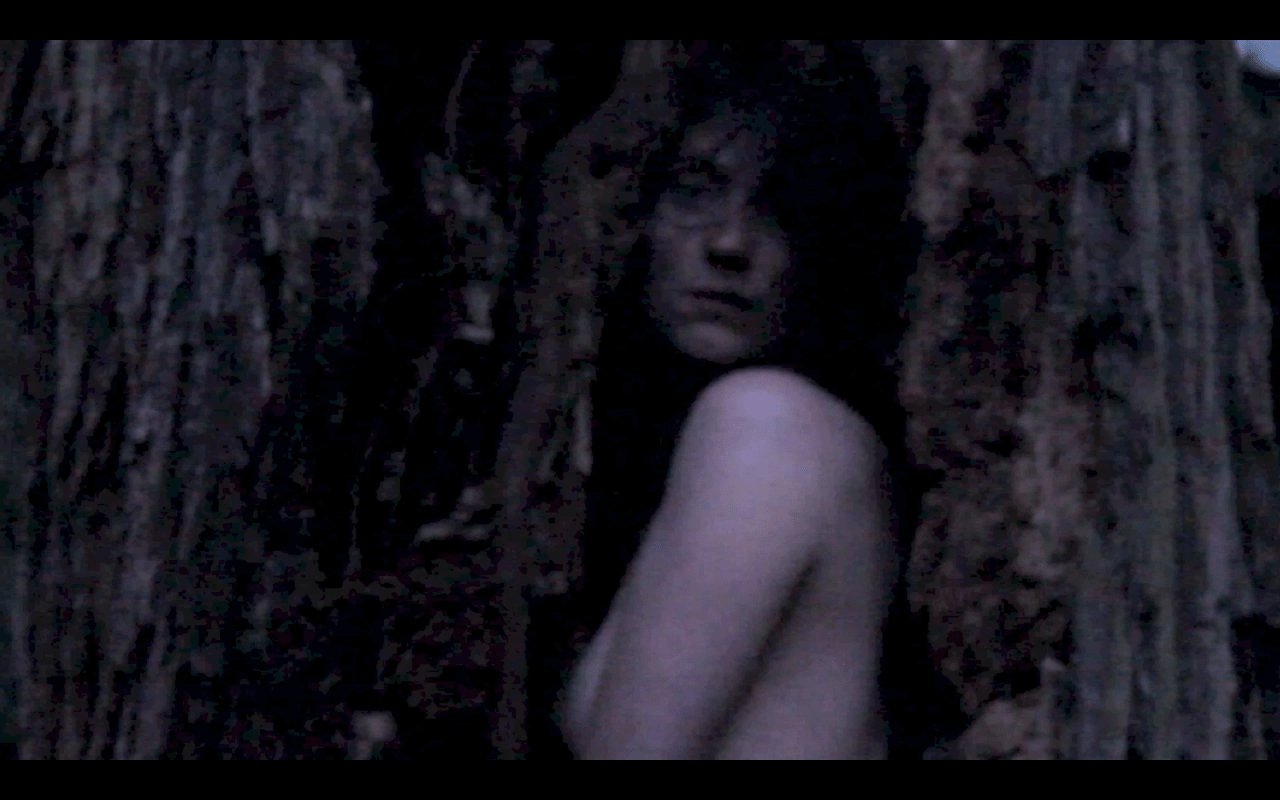 A public space.
The performer is placed on a bed in the middle of the room between
the projection screen and the spectator.
On the screen three fragments of moving pictures are being shown.
A woman lying on a window still, turned around by 90 degrees.
A woman inside a tree.
A woman lying on dark ground partially covered with earth, moving
out, moving back into the earth.
The movements play forward and backward.
They are all without sound.
The performer hosts the movie fragments for the recipient, her
presence alters the auditorium into an intimate space.
Then the roles switch: a liberation, an offer, a bridge is built
from the performer to the recipient_: a smile asks about the
limits of existing structures within a social structure, as well
as an institution.
The title „I Am Here“ deals with the moment of decision;
I am here and seizing space.
The pictures are meant to be silent, and subtle.
They are immediate, picturesque and sculptural.
They show the search and concurrent question after the own picture
and the spectators projection on it: who owns my picture?
It describes the condition of being alienated, feeling almost
extraterrestrial.
On the surface I want them to be aesthetic, nice and deep.
The pictures are influenced by the women artist Ana Mendieta: I
reinterpreted them and put the aesthetics in a different context.
The images are combined with the performance.
The transformation of the situation is an active reaction.
It asks about limitation and the structure of view as a power
structure and turn around the roles of object and subject